To the City day of Dnipro on September 10, 2013, the trade center 'Passage' has made a present to the citizens by arranging a real and the only one in Ukraine French carousel that was placed on the city central square between the ZUM and the TC 'Passage'.

There are only a few of such carousels in different parts of the world: at the Eiffel tower in Paris, on the central square in Florence, and in Los Angeles. 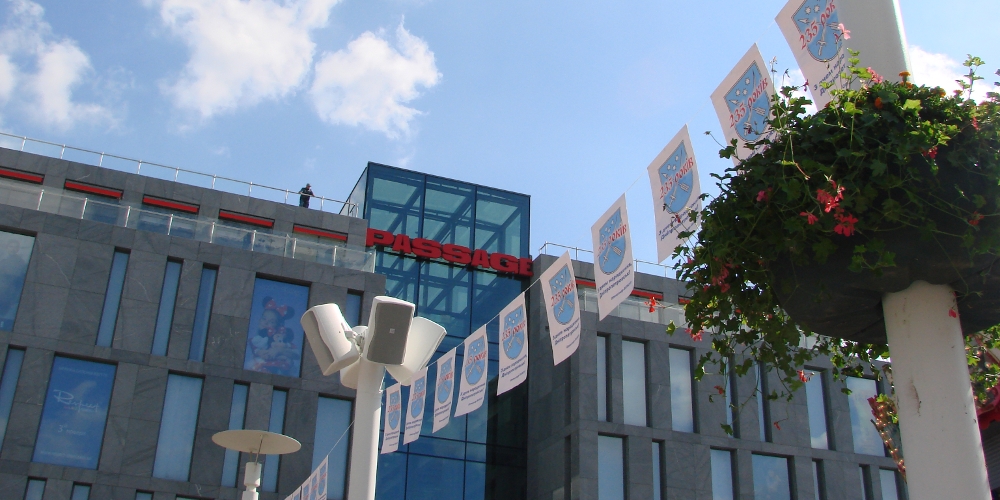 Such a remarkable place also required a remarkable multizone public address system. The public address system for the outdoors was connected to the indoor PA system of the trade center PASSAGE and had 8 sound zones. The playlist playback and the system status were monitored and controlled remotely. Due to the specificity of the trade center, the most important part plays the prerecorded message module with the scheduled advertisement playback. This 'monetization' module is of top importance for such places, its simple yet logical and functional design will secure your undisturbed sleep, and your system administrator's sleep too, because AMOZ does their work. For two years of its work in the trade center, the system has proved itself to be reliable and simple to run. And what do you think is its most favorite feature among the administrators of the trade centers? It's the remote monitoring and setup feature of course!